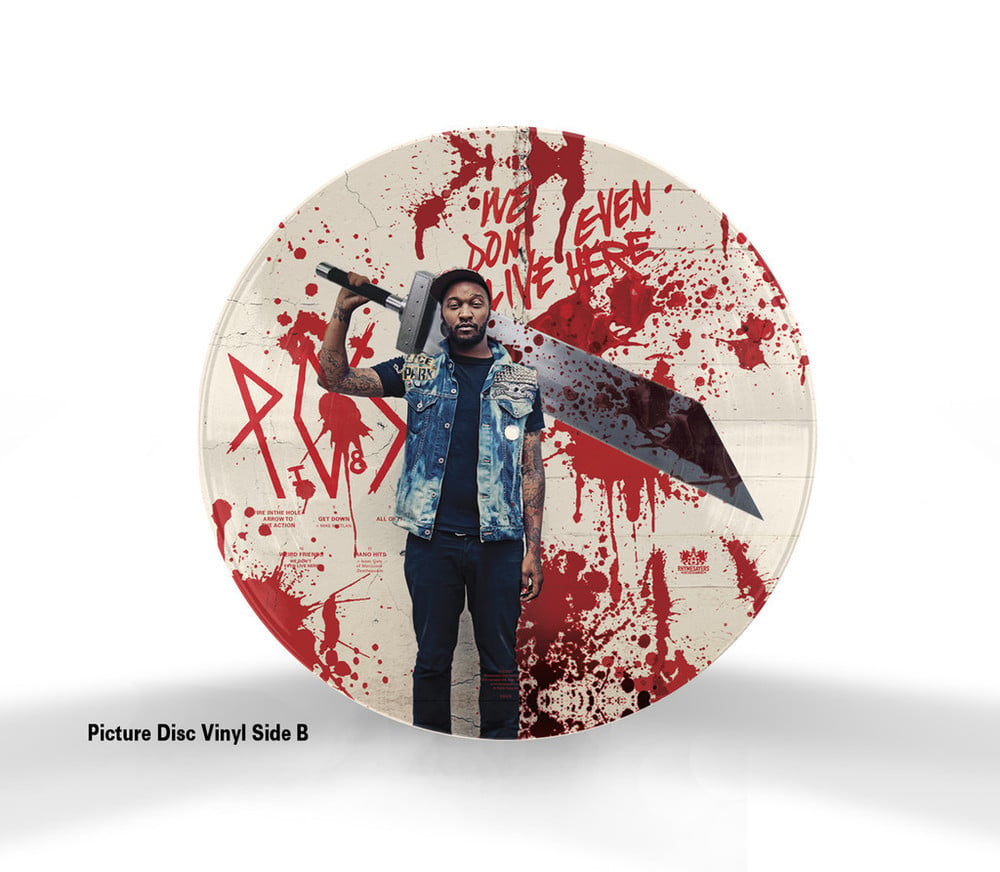 We Don’t Even Live Here is the fourth solo album from Doomtree co-founder, punk philosopher and lyrical bomb-thrower Stefon Alexander, aka P.O.S. It’s a tight, bombastic record that builds on the Minneapolis-bred rapper and producer’s penchant for grinding beats and radical lyrics. But at the same time, WDELH marks a change -- in sound and in attitude.

Known for welding hip-hop with guitar squalls and screamed vocals, on WDELH P.O.S. steps away from his noisy past in favor of futuristic beats fit for a Berlin nightclub. Though his hip-hop foundation is firm on tracks like the fiery “Fuck Your Stuff” and the funky “Wanted/Wasted,” the album brings banging new sounds from dance-oriented collaborators like German DJs Boyz Noise & Housemeister, Gayngs’ Ryan Olson, and Innerpartysystem’s Patric Russel

Also along for the ride are Bon Iver’s Justin Vernon (who lends his shapeshifting vocals to the heartfelt bear-hug of an anthem “Where We Land”) and P.O.S.’ trusted Doomtree co-conspirators Lazerbeak, Cecil Otter, Mike Mictlan, and Sims. Bringing it all into focus is all-star producer and mix engineer Andrew Dawson (P.O.S.’s former high school classmate), who has worked on platinum releases from the likes of Kanye West, Jay-Z, Beyonce, Rick Ross, Lil Wayne and Fun.